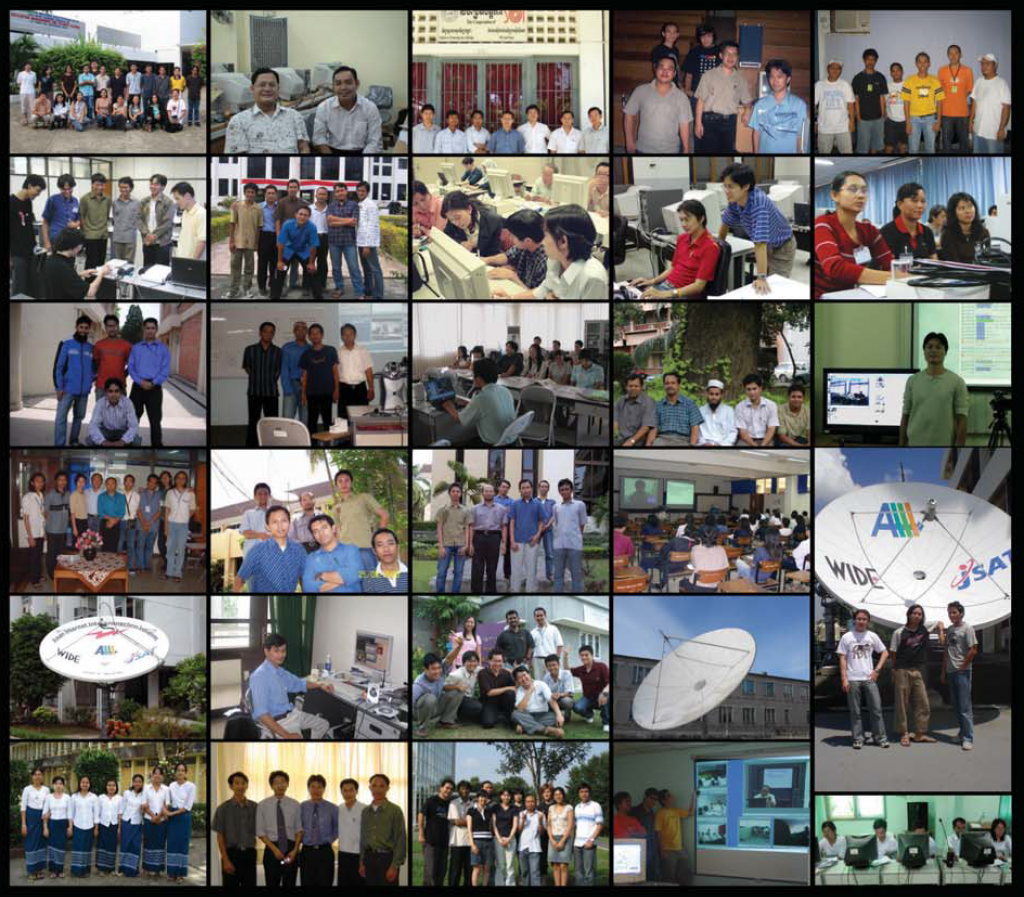 As of 2022, this project has 28 university & research institute partners in 13 countries in Asia and Pacific, and has conducted 30 graduate level courses (over 300 lectures), and more than 100 real time sessions including conference broadcasting and seminars, which have been shared by more than 3,000 students in Asia. Platforms for the sharing of higher education are operated by all member universities, enabling sharing of both real time and archived lectures as well as supporting an array of other educational programs that facilitate the development of constructive and cooperative relationships among members.

SOI Asia successfully migrated its operation from IPv4 to IPv6 in 2006, and has since developed various educational programs for operators to learn about IPv6 and multicast technologies. Constructing stronger partnership among larger numbers of universities in the Asia region is now ready to be realized without address space restrictions. Furthermore, engineers who have been educated to operate the SOI Asia network are now working as believing promoters of IPv6 networks in their own regions.

In recent years, the development of N-RENs (National Research Education Networks) connecting the universities of individual Asian countries by high-speed Internet has proceeded substantially. SOI Asia has begun collaboration with RENs in several countries utilizing strong relationships with SOI partners as a hub and a base for collaboration with RENs in several nations. Course content sharing has already started with several RENs including UNINET (Thailand), INHERENT (Indonesia), MYREN (Malaysia), and VINAREN (Vietnam). A networking project called TEIN2 linking Europe and Asian countries is also new partner for extending collaboration. A network that covers the entire Asian region is now about to realized by these collaborative relationships.

Contribution to the sustainable society in the Asia Pacific—to utilize the knowledge in SOI Asia and to contribute to the community, we offer various programs to partner university students. These programs bridge society and universities, strengthen the support structure among SOI Asia partners, and take action for the faculty, students, and all people from the region’s universities.

A Conference to celebrate the 50th meeting of Al³ and SOI Asia was held at Keio University, Japan

Dr. Suguru Yamaguchi Memorial Award was established in memory of his great achievements.

Our chair: Dr. Jun Murai, Keio University as well as our longtime member: Dr. Kanchana Kanchanasut, AIT in Thailand inducted into the Internet Hall of Fame.

As being part of CONNECT-Asia, received Guinness World Record for ‘The largest online ecology seminar involved 2,592 participants’ together with UNESCO Jakarta.

First Summit Conference to discuss the future of the collaboration among top management of the partner institutions was held
in Tokyo, Japan.

2007
Conducted the First Online Based Workshop

・Collaboration with international organizations and national research and educational networks began.
・Started 1Pv6 Operation.
・Internship Program started.
・A Conference to celebrate the 10th anniversary of Al³ and the 5th anniversary of SOI Asia was held at ITB, Indonesia.

2002
New SOI Asia Partners: Universities and Institutes in Malaysia, the Philippines and Vietnam

Universities and Institutes in Malaysia, the Philippines and Vietnam joined SOI Asia.

SOI Asia Project started with the goal of providing a global educational platform. 6 universities in Thailand, Laos, Myanmar and Indonesia joined SOI Asia and combined to provide the first lecture over the SOI Asia environment.

Al³ project started to research and develop the a satellite based Internet in Asia.